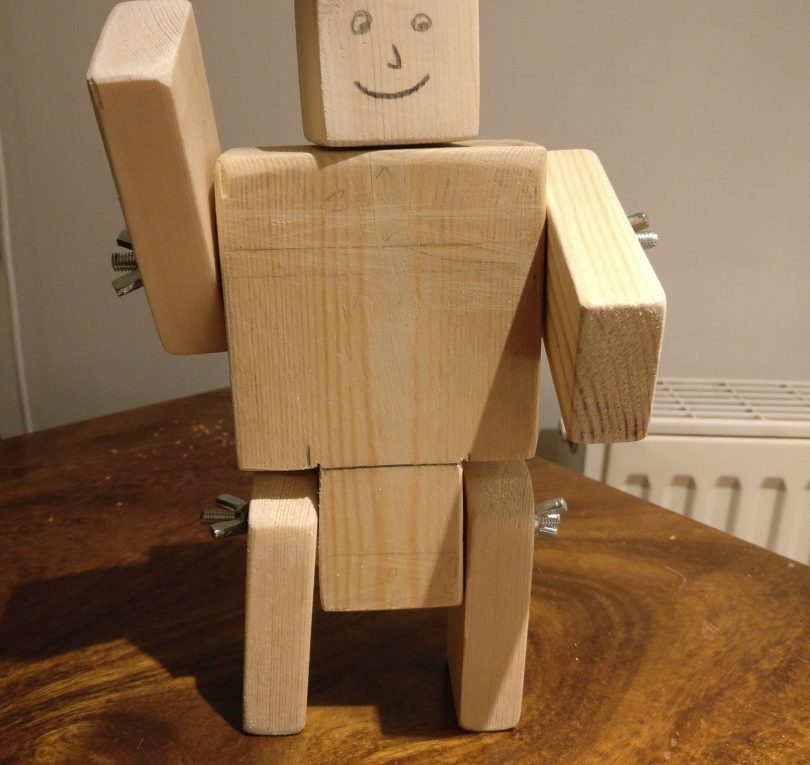 I knew when I re-started the site that I was never going to be able to stick at blogging regularly, so I make no apology for that.

Anyway, once the daylight appeared in springtime I started to focus on a few new things.

In March we decided to do the DIY badge with the Cubs which meant I designed a wooden robot that we made with them.

In doing the prep for this I dusted off a bunch of tools I had in the garage including an old tenon saw that came from my Grandad, (though I think it maybe came to him via his second wife rather than something he’d had for life). It was rather rusty and dull and when I looked up whether it was possible to sharpen and restore a tenon saw I discovered Paul Sellers and learned that yes, indeed it was. After watching lots of Paul’s videos (and a few others online) and after doing the simple activity with the Cubs I sort of rekindled a very old hobby (I had always enjoyed making simple things out of wood as a child/early teenager but hadn’t done much beyond basic shelves and the like since).

So I’ve been acquiring tools and teaching myself some proper joinery. I made various brackets and tool holders to organise my garage for practice and have done a few projects so far. Maybe I’ll share these (along with instructions for the Cub project should anyone else want to do that) at some point.

See also my work-in-progress page woodworking hand tools I use.